Explosions and Fires at Cannabis Facilities: How They Impact Insurers

Every insurance underwriting leader loses sleep over the possibility of major, avoidable losses, which can quickly turn an entire business line from profitable to unprofitable. Now, a significant source of these losses is becoming more common and difficult to detect: cannabis. Explosions and fires at legal marijuana growers and processors can cost insurers millions, but without the right data, identifying these businesses can consume tremendous amounts of employee time.

Let’s explore why cannabis growers and processors are so risky, and then take a tour of incidents in multiple states. We'll conclude with information about how you can reduce the cannabis-related property risk in your book of business in a highly efficient way.

Why are cannabis growers and processors prone to fires and explosions?

Growing marijuana indoors requires extensive lighting systems that typically consume large amounts of power. Many buildings used to grow marijuana were previously used for other purposes and later converted to grow facilities. In an ideal world, the conversion process included an electrical system upgrade to handle the increased power demand. If that upgrade never happened, the operator may strain the existing system to try to maximize yield and, in the process, create fire risk.

For processors, the extraction method is the primary source of risk. Butane, a highly combustible gas, is often used to extract hash oil from marijuana. If not handled properly, explosions can happen and lead to fires, as occurred in several of the incidents described below. Other extraction methods are available, but none is risk-free. And, knowing which one a facility uses is impossible without visiting and inspecting it, a task your underwriting team most likely doesn’t have time for. 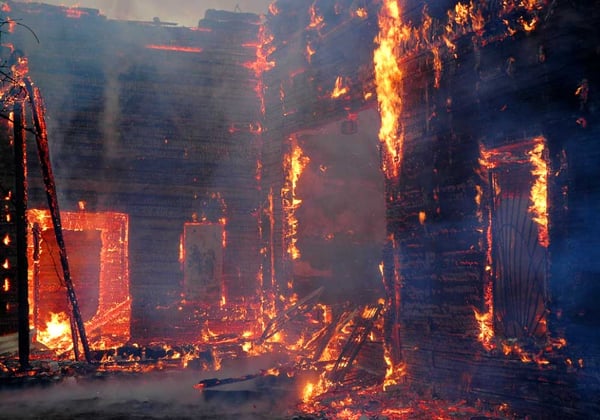 Cannabis growing and processing facilities are prone to structure fires.

Recent explosions and fires at cannabis processors and growers

To illustrate just how risky cannabis businesses can be, we've compiled a selection of recent incidents in states where recreational marijuana is legal. There is no single official source providing data on incidents like these at a national level, but one analysis found at least 10 fires or explosions occurred between 2014 and 2019 just at facilities that extract hash oil for use in edible products.1 That number doesn’t include similar incidents at growers.

Although it's impossible to determine exactly how much property damage each of these incidents caused, it's safe to assume that a completely destroyed building would cost at least $1 million to rebuild.

A fire at a marijuana grower and processor turned a historic commercial building with a distinctive architectural design into a total loss at the Port of Shelton. No injuries were reported, but the fire was severe enough to require response from six local fire districts.2

An explosion at a marijuana processor in Centralia caused significant property damage and sent one person to the hospital with severe burns to the legs, head and face. The facility housed an operation that used butane, which is highly combustible, to extract CBD oil.3

A marijuana processing facility in Astoria exploded, injuring two people and putting one person in the hospital burn unit for a month. The facility had initially used a butane-based, closed-loop extraction system, which keeps the combustible gas contained. When the system didn’t work properly, workers abandoned the closed-loop system and switched to an extraction method that allows butane to fill the room.4

A Santa Fe-based cannabis business had two explosions in the same room of a facility using butane to produce marijuana extracts. The first incident seriously injured two employees. During the second, which occurred just five years later, a malfunctioning door trapped workers in the room where the explosion happened.5

A fire in a Los Angeles building that housed a producer of hash oil led to an explosion. All told, 230 firefighters spent more than two hours fighting the fire, which injured 12 firefighters; two of them spent time in the intensive care unit.6

A marijuana cultivation facility ignited, and the fire caused an explosion. No one was injured, but an estimated $100,000 damage was done to the structure before firefighters could extinguish the flames.7 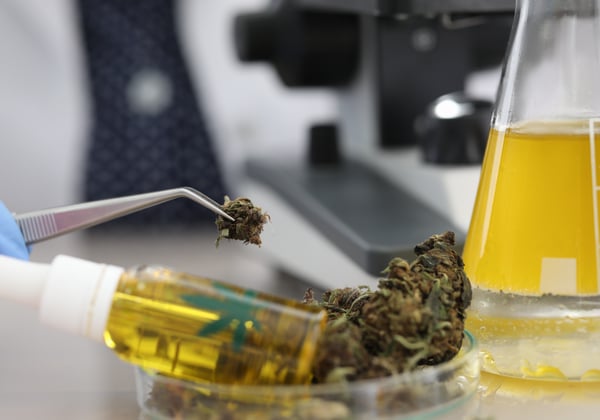 Extracting hash oil from marijuana for use in edibles or other products
creates the risk of explosion and fire.

Marijuana processors and growers commonly end up in insurers’ books in a few different ways.

In many cases, a business applies for insurance while engaging in an activity unrelated to cannabis and later switches to growing or processing marijuana without notifying the agent or insurer. Or, a property owner applies for insurance and provides a list of current tenants, none of which grow or process cannabis. Later, one of these tenants leaves, and a marijuana grower or processor takes its place.

To keep up with these changes, your underwriters (or other skilled employees) would need to look through every policy in your book of business and contact the policyholder to confirm the business’s current operations or property’s current occupants.

In other cases, a business applies for insurance while processing or growing cannabis but doesn’t provide complete information on its application. The underwriter must then determine which applications need further investigation and find available data sources that can help identify potential cannabis businesses.

Online mapping services with street views are one option. A picture of the facility could include a sign that reveals what’s inside or even just a few clues, such as an outsize transformer box or heavy security, that indicate what the building is used for. Unfortunately, images of the outside of these buildings aren’t especially reliable.

For example, both Washington state buildings that had explosions were plain-looking, metal walled structures. Images of these buildings would not have given an underwriter actionable information. And cannabis growers and processors may purposefully avoid adding signs to try to prevent theft of their high-value inventory.

Marijuana growing and processing facilities may be unmarked, leaving a potential insurer
without information necessary to make an informed underwriting choice.

How to quickly and accurately identify cannabis businesses

With the right data, you can identify how many properties you insure are likely to house cannabis operations, without asking your underwriters to comb through every policy.

A Cannabis Check book review tells you which properties you insure are near a cannabis business and therefore need your attention. Your underwriters can then focus on addressing just those policies that require attention so they can take action quickly.

You also get data that helps you quickly estimate your total insured value at risk so you can understand and address the problem at the company level. Cannabis Check gives you the data you need to efficiently assess your entire book of business and take the next steps that make the most sense for you.

If you’re a WSRB Subscriber, you can request a Cannabis Check book review for Washington state properties at no charge. Try it today to better understand the risk hiding in your book.

Cannabis Check book reviews for states outside of Washington are available through BuildingMetrix at an additional, affordable fee. Contact us to learn more.